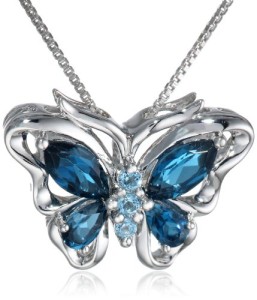 Topaz has eye-catching qualities that sparkle with amazing beauty and are a great source of intuitive creativeness in artists. Otherwise known as the writer´s stone this semiprecious stone has been enamored throughout history and is referenced in the Bible as exuding contemplation. Topaz may not be for everyone, but for the select few that are presented with this gift will know they are special.

Description: A spectacular glass like gem, which has a sparkle and fire that is incomparable in other gems.  This fire in the blue topaz is like the coolness of ice.  In its natural state topaz is clear but imperfections in the gem can color it from the palest blue right through to dark burnt oranges. Topaz twinkles and glints at every angle.
Power Qualities of Topaz Healing Stones:

The Topaz semiprecious stone is colorless in its purest form but can be found in many different colors.

Varieties: Nothing compares to the sparkling brilliance of Blue Topaz. Orange-red Imperial Topaz is a rare gem. 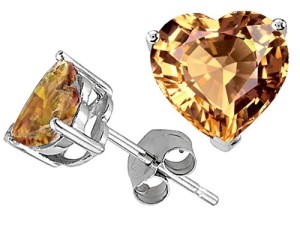 Wedding Anniversary: There are a number of wedding anniversaries associated with Topaz, the 4th, and the 19th.  The 23rd Anniversary is celebrated with a gift of Imperial Topaz.

The Healing Qualities of Topaz Stone: Put under a pillow at night Topaz will help you fall into a deep, contented slumber. Topaz balances the meridians of the body and is often in Chinese medicine to help the flow of energy and recharge our systems.

Topaz stimulates the hypothalamus which regulates hunger. It balances metabolism and helps you to recognize hunger correctly and process food effectively. It aids digestion. This stone is very helpful in the treatment of anorexia and bulimia. It also brings about an openness and honesty, which is so important with these illnesses. Topaz also tones the blood and helps heal hemorrhage.

Types of Topaz Used for Healing: Healers use all types of Topaz for healing as it is a powerful stone for strengthening the body and cleansing emotions.

Topaz holds many mystical properties but it is said the gifts only become available to a person born in their birthstone month. An orange topaz is magical only for people with November birthdays, whilst December babies can enjoy the enchantment of blue.

Topaz magic ebbs and flows with the visibility of the moon.  When the moon is well hidden its powers are nearly non-existent.  They become powerful when the moon is clearly visible.

The History of Topaz Stones: Topaz was belied to have had it color bestowed by the Egyptian sun god Ra. Touched by a deity this became the most sacred of Egyptian stones.  The Romans agreed the gem had the powers of the sun, and trusted it to alert them to poisons.  No sane Roman would take a drink offered by another unless wearing their topaz talisman.

In 1750 a Parisian jeweler discovered yellow Brazilian topaz becomes pink with exposure to a moderate heat. This treatment is now extensively used meaning that nearly all pink topaz in jewelry has been heat-treated.

The Name’s Origin: The name Topaz comes from the Sanskrit Tapas word heat or fire. It may also have come from Topazos, now called St John´s Island, home of the famous peridot mine.  It is thought that peridot was previously referred to as Topaz.  The name Topazos means hard to find, so called because it was often shrouded in fog. 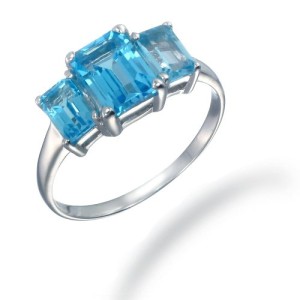 Care and Treatment: Topaz is a very hard gem having a hardness rating of 8.  If knocked though, it shows similar properties to a diamond.  Rather than chipping it is likely to be cleft clean in two. Clean your topaz in soapy water. Topaz often becomes paler if left in direct sunlight so in order to retain its brilliance, keep out of bright light.

Topaz Around the World: The largest known deposits are located in Minas Gerais in Brazil. In the Cairngorm Mountains in the Central Highlands of Scotland, especially at Ben a Buird, you will find fine British Topaz and the famous Topaz Rock of the Schneckenstein, in Germany, yields pale yellow crystals.

Exquisite specimens are mined from deposits in the Ural Mountains and Siberia in Russia and some extremely beautiful crystals also come from Takayama and Tanokamiyama in Japan. Other important sources of topaz can be found in Brazil, Sri Lanka, Africa and China, Pakistan, Myanmar, Nigeria, Australia, Mexico, and in United States, especially Maine, New Hampshire, California, Colorado, and Utah.

The Ideal Gift: A topaz gemstone is so desirable for its exquisite beauty alone and makes for a perfect gift for any women, but is extra special for winter babies born in November and December. It also makes a fabulous gift for anyone that uses communication as their way to make a living.  To choose which gem to use, think of their coloring, the icy blue suits dark and blonde hair, oranges for brown and red heads. Topaz is the stone for the writer as it aids abstract thinking and unleashes creativity, letting new thoughts and ideas flow. Scientists and artists will enjoy this energy.