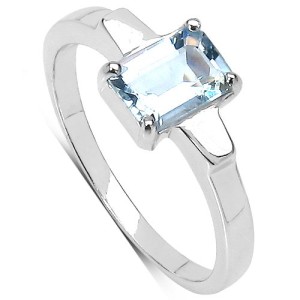 No other gemstone says “I love you” more than aquamarine. Not only does it represent love and affection, but is an expression of beauty and loyalty. Aquamarine in earrings attracts love and affection so is ideal for the lady looking for love, but if you are intending to buy aquamarine jewelry for somebody else a necklace or pendant that can be showed-off in a prominent position is more suitable.

Description:  Aquamarine is composed by beryllium aluminum silicate, and is thus affectionately known as a Beryl stone. It is part of a family of semiprecious stones which include emerald and heliodor, although because it is found in pegmatite forms larger and more startling crystals than its emerald sibling. However, beryllium is more common than emerald thus less expensive.
Power Qualities of Aquamarine Healing Stones:

Aquamarines are found in a wide range of blue shades from pale pastel colors to the very rare deep blue. The deeper the blue, the higher the price. They are more commonly found in a green-blue. The color is more vivid in larger gemstones and whilst the colors run very deep it is actually the transparent stones that offer the highest quality.

Birthstone:  Aquamarine are birthstones of Pisces whose birthdays fall between February 19th and March 20th this stone is also favorable to Aries.

Wedding Anniversary:  Aquamarine is the anniversary gemstone for the 16th and 19th year of marriage. 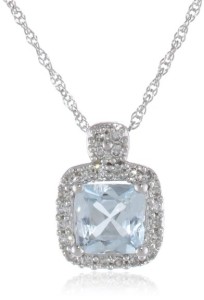 The Healing Qualities of Aquamarine Stone:  Aquamarine is specifically connected with healing properties that will strengthen the liver and kidneys, but is also very useful for curing pains in the head area such as toothache, jaw and throat sores together with nerve pains and neck spasms. This gemstone is also useful for lifting depression.

Types of Aquamarine Used for Healing:  All types of aquamarine stones are used for healing and in useful for curing a number of symptoms, but its soothing qualities are particularly effective. It has a powerful ability to instill peace and tranquility will aid the growth of confidence and tranquility in a person that can help lead to success in your life.

Aquamarine Mystical Powers:  Aquamarine has soothing qualities and is especially useful to hold during meditation, especially for people who are new to meditation and having difficulty shutting down. These gemstones are also very useful for married couples of all ages. In newly-weds it will help them through the transition of a new life and to work out their differences that will insure a long and happy marriage, and it can also be used to reignite a fading flame in a couple that have been married for a long-time, especially aging couples.

The History of Aquamarine Stones:  The Romans often used aquamarine in all types of jewelry and was often presented to a bride as a gift from her new husband as a symbol of young love. In ancient Roman and Greek cultures it was also given to soldiers embarking in battles across the seas as it was believed it would protect them against stormy crossings and bring prosperity in battle. They also believed it would render the soldier

invisible. John Dee, the astrologer to Queen Elizabeth the first used aquamarine to help focus his attention to determine the best date for her coronation and during the Middle Ages was also used as an antidote for poison. The largest aquamarine stone ever to be discovered was in Brazil, 1910 and weighed 243 pounds. It was broken down into pieces that produced over 200,000 carats. 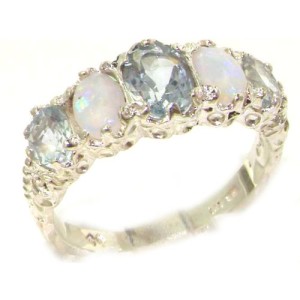 The  Name’s Origin:  Aquamarine is derived from the Latin words “aqua marina” which means “sea water” reflecting the idyllic color of the gems crystals.

Care and Treatment:  As with all semiprecious stones, special care should be taken to protect aquamarine from scratches. Keep aquamarine jewelry in a dark place as it will pale if exposed to sunlight. Clean Aquamarine in ultrasonic jewelry cleaner or alternatively use warm, soapy water and a soft bristle brush.

Aquamarine Around the World:  Aquamarine is found in many places around the world including India, Russia, Madagascar, Zambia, Pakistan and the states of Maine, New Hampshire, Connecticut, North Carolina, Colorado and Vermont in the USA. However, without a doubt the finest aquamarines come from Brazil.

The Ideal Gift:  Aquamarine gemstones are the perfect gift for married couples of all ages as they represent love and affection. Whether you are buying for newly-weds or relatives celebrating a wedding anniversary – especially the 16th or 19th year.