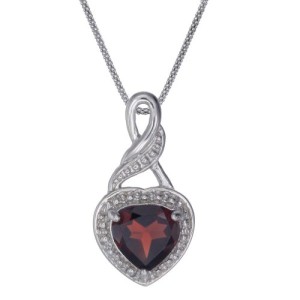 Garnet has a reputation for reliability with business men as it attracts success and gives you the vitality and passion needed to be an entrepreneur. It is also known to boost self-esteem thus protracting a positive energy. For such a beautiful and eye-catching gemstone Garnet is very affordable and makes a wonderful gift in rings, pendants and necklaces, or simply as loose stones.

Description: Garnets are a common silicate mineral, translucent to transparent with a vitreous or resinous luster. The best known type of garnet is the glittering red semi-precious stone pyrope which was popular with the ancients. Power Qualities of Garnet Healing Stones:

Garnet comes in an array of stunning colors, including pink, purple, orange, yellow, violet, and the occasional black or brown. It is most commonly found in shades of red and green.

Varieties: Garnet is the largest family of gemstones so there are several varieties. The most natural stones are a combination of two or more pure species that include pyrope, almandine, grossular and andradite. Bohemian Garnet is one of the more commons stones together the Cape ruby. Both are a deep red color. Russian Demantoid and African Tsavorite are vibrant green. 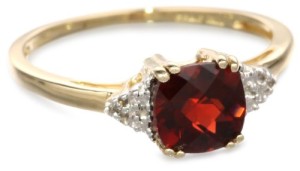 Birthstone: The garnet is considered to be the birthstone for Capricorn whose birthdays are between the 22nd December to the 19th January. Find a gift for him or her!

Wedding Anniversary: Garnet is the traditional gemstone for the second year of marriage.

The Healing Qualities of Garnet Stone: Garnet is often used to treat depression and lethargy, but is also known to stimulate the bloodstream and the pituitary gland to help ease rheumatism and arthritis. It promotes good health in general and is ideal for cleansing and purifying the body´s vital organs.

Types of Garnet Used for Healing:

It is more common for crystal varieties of garnet to be used in healing.

Mystical Powers of Garnet: Garnet should be held close to the body when using it to promote its mystical powers. Hold it in your hand or on top of the head during meditation for past life transgression and you will benefit more from its powers as it helps to increase the imagination, increase bravery and connect with your inner-self. Garnet is known as the stone of truth.

This gemstone also draws out passion in a person´s life, not just sexual desire but in any aspect of your life in which you are emotionally charged. It is a symbol of love, faith and compassion and will offer protection to travelers.

The History of Garnet Stones: Garnet is one of the oldest gemstones to be discovered and used by mankind and can be traced to the Nile Delta as far back as 3100 BCE. It was much revered by the Egyptian artisans around this time and they created beautiful garnet beads, bracelets and other enticing pieces of jewelry. Garnets have been throughout history as an abrasive for wood, leather, glass, metals and plastic and was used by Asiatic tribes instead place of bullets. 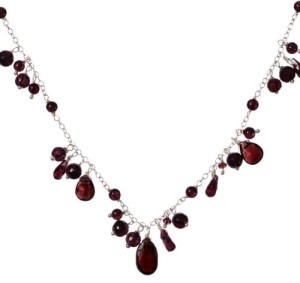 The Name’s Origin:  Garnets got their name from the ancient Greeks due to their color – it reminded them of pomegranate seed or granatum.

Care and Treatment: Clean garnet with a dry soft cloth. As with all gemstones, care should be taken to protect it from scratches, sharp blows, harsh chemicals and extreme temperatures.

Garnet Around the World: Garnet is found in a wide variety of locations around the globe including Kenya, Sri Lanka, Thailand, Brazil, India, Madagascar, Canada and USA. In the USA garnet has been obtained in Arizona, Colorado, Georgia, Idaho, New Hampshire, New Mexico, North Carolina, Pennsylvania, Utah, Florida, California and Virginia. The majority of garnet production today comes from Africa, but notable quantities of garnets have been found in Czech Republic and Spain.

The Ideal Gift: Garnet is the ideal gift for a friend or loved one who is embarking on a new venture as a businessman, whether as a salesmen with a company or a self-employed entrepreneur. A gift of garnet will also protect anybody setting off on their travels, and will also give them a boost of confidence and spiritual awareness.