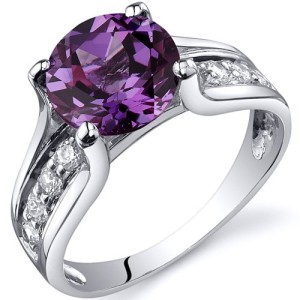 The mind-blowing color change of Alexandrite gemstones is mesmerizing. Beautifully eye-catching they are an ideal semiprecious stone for jewelry worn where it can be noticed, either round the neck, in the ears or as a broach. This magical stone restores emotional balance and attracts luck and love – so by wearing Alexandrite gemstones you can expect to be lucky in love!

Alexandrite belongs to the chrysoberyl family and which has a magical presence that makes it appear to change color when seen from different angles – known as the alexandrite effect. The change in color however, depends on the source of lighting. In natural light alexandrite will glow a brilliant green or blue color whereas with incandescent light in the evenings it will turn to soft shades of purple and raspberry red.

It´s natural color during the day is a bluey-green color, but changes to a darker, purple-red in artificial light. The ideal color change is emerald green to purple-red, although this is quite rare.

Alexandrite is generally expensive so most gemstones that you find in jewelry is a synthetic man-made gemstone so when purchasing this gemstone be careful that you are not overcharged. The way to tell the difference between naturally formed gems and synthetically made gems is by the change of color in natural daylight, but because the technology for this type of jewel manufacturing is so advanced it takes a well-trained eye to tell the difference.

Alexandrite is also known as “The June Stone” and is the birthstone for Gemini. Find a gift for him or her!

Alexandrite is the anniversary gemstone for the 45th and 55th year of marriage. 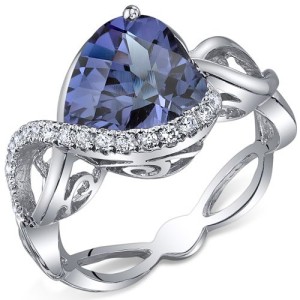 The Healing Qualities of Alexandrite Stone:

Alexandrite is the ideal healing stone for people going through a change in their life as it helps make the transition much smoother. It is useful for obtaining emotional balance and known to stimulate happiness together pleasant surprises, good fortune and success.

Alexandrite is also used to treat pancreatic disorders, swollen lymph nodes and ailments of the spleen and in more extreme cases is known to have helped the recovery process of patients suffering from leukemia.

Types of Alexandrite Used for Healing:

Because the properties of alexandrite have a powerful effect on emotional balance it is commonly used for raki, energy healing and chakra work.

Alexandrite is a stone that brings good omens and is often used by people going through a transitional stage of their life. It helps to empower a person and will assist in centring oneself, reinforcing self-esteem and increases bringing with it happiness and joy. The gemstone is also known to increase intuition in times of crisis.

It is also used by people who are seeking to expand their awareness and creativity, particularly those interested in expanding their spiritual experiences and invoking astral travel.

The History of Alexandrite Stones:

The Alexandrite gemstone was first discovered in 1839 around the Ural Mountains of Russia on the birthday of Czar Alexander II. It was therefore given its name. The master gemologist at Tiffany´s in New York, George Frederick Kunz (1856-1932) was so enamoured by Alexandrite that the firm dedicated an entire collection of rings and platinum ensembles to showcase it around the turn of the 20th Century. 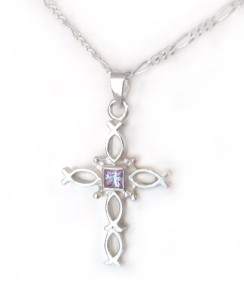 Agate Around the World:

Alexandrite makes the perfect gift for people who are going through a change in their life, especially if they are Gemini´s. This beautiful semiprecious gemstone is most effective – and appreciated – in jewelry and will help restore balance and happiness to the wearer. If you know of somebody suffering from pancreatic problems or leukemia alexandrite is also a thoughtful gift as it helps to heal the disease.