Peridot´s lime green beauty has captured the hearts of royalty since the days of ancient Egypt. Given that it attracts wealth and wards feelings of jealousy, it is often regarded to be more of a friend to a girl than diamonds. TV star Joan Rivers stole the show at the 2008 film awards when she wore a necklace, earrings, tiara and brooch showcasing the gem.  The set had previously belonged to the archduchess Isabella of Austria and sold at Christies Geneva branch for $159,000 in 2001.  Blessed with jaw-dropping beauty, peridot is the gemstone to be seen in!

Description: A striking vibrant green color, peridot´s have startling clarity. The green coloring which sometimes shimmers gold is due to iron traces in the stone.
Power Qualities of Peridot Healing Stones:

Color: Also some time referred to as Olivine, it is a yellowy green color which can have the most striking clarity.

Varieties: Peridot is one of the only gemstones that can only be found in the one color.

Birthstone: Along with Sardonyx, Peridot is the birthstone for Leo. Find a gift for him or her!

Wedding Anniversary: Peridot is the traditional gift to give on the 16th wedding anniversary.

The Healing Qualities of Peridot Stone: The peridot gemstone is a tonic for Kidney, gall, bladder and stomach. In particular, it aids liver and digestion, and is a strong healer for the symptoms of Irritable Bowel Syndrome. Peridot also boosts the adrenal gland (as opposed to many other gem stones that support it) kick starting our ability to “get up and go.” Place a peridot under the tongue to reduce fever.

Peridot Mystical Powers: The mystical power of peridot is its ability to cleanse the emotions.  It helps you to see the role you played in a given situation, and thus take responsibility for your actions and remove the burden of guilt.

For these reasons, peridot is an excellent gem for sufferers of depression.  It releases the dark limiting emotions of jealousy, hatred and resentment.  The space that is left by their departure is filled by lightness and renewed vigor.  The gem helps you to regain strength and rebuild your self esteem by developing a calm, assured confidence.

The most striking effect of this gem is it dispels lethargy in those struggling with depression.  It cuts through the fog of negative thinking that often accompanies the illness. It also sharpens the mind and gives you clear mental clarity which allows you to close the doors of the past and move forward with your life.

Peridot´s greatest value is arguably its ability to attract wealth – and plenty of it it, presumably why it has been a favorite stone of royalties since antiquity. It´s not just the fact that it attracts wealth, but is said to attract plenty of it.

The History of Peridot Stones: Different from most other gemstones which form in the earth´s crust, period form some 20-55 miles down in the earth´s mantle. It is bought to the surface by tectonic and volcanic activity, just like its closest rival – the diamond. It was mined on St John´s Island just off the coast of Egypt for over 3500 years, and those particular mines were mentioned in the ancient writings of Pliny the Elder (AD70).  Strangely the location of the island was lost for many years until it was rediscovered in 1905.  Sadly commercial mining on the island ceased around the beginning of World War II, but it still produces many fine quality gemstones. The peridot from the mine were adored the world over. It seems likely that Cleopatra’s famous emeralds were in fact peridot.

The Name’s Origin: This gemstone has three names associated with it – Peridot, Chrysolith and Olivin. In the gemstone world it is generally known as peridot, a name derived from the Greek word “peridona”, which means is akin to the modern expression “giving plenty”.

Care and Treatment: Handle with care and avoid scratching, do not clean with an ultrasonic home cleaner.

Peridot Around the World: The finest of all peridot´s now come from Pakistan where a deposit of the most outstanding caliber was discovered in 1994. Peridot can also be found in Australia, Brazil, China, Egypt, Burma, Norway, and the USA in the states of Arizona, Colorado, Hawaii, and New Mexico.

The Ideal Gift: This gem is a beautiful way to bring a loved one from the depths of depression.  If you know someone who seems beaten down by life, then it makes a lovely healer.  It is said that peridot set in gold becomes even more powerful for this.

It would also be appreciated by anyone that suffers from stomach or liver problems. Often these can be made worse by negative emotions, but Peridots healing works two-fold. 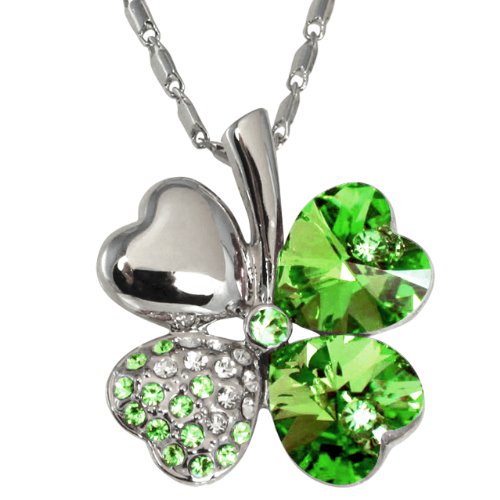 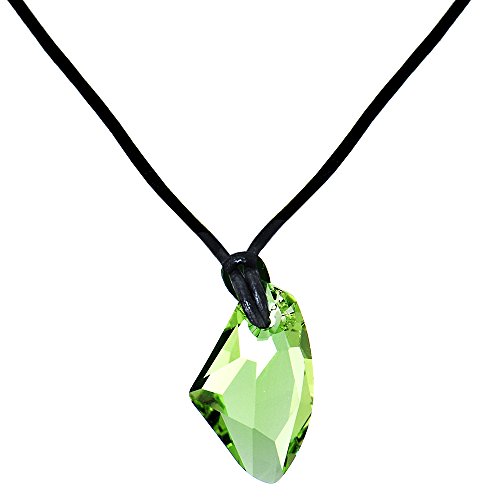 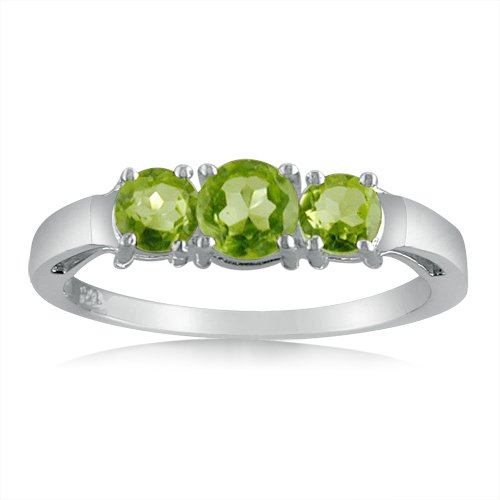